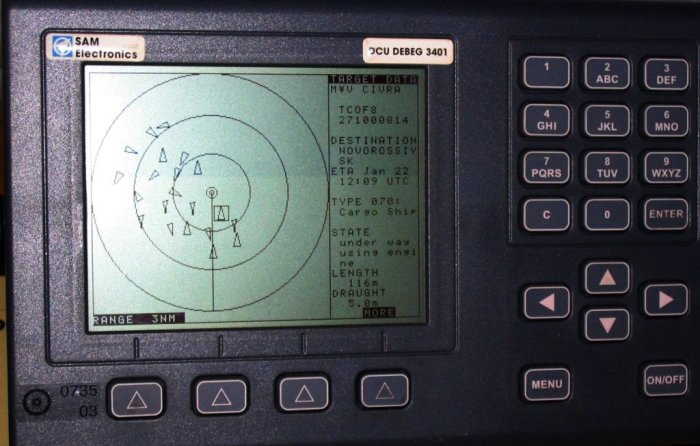 Automatic-  No human Intervention once the system is set and gets going.

System- Your AIS is a part of system which includes your ship, ships around you who are also operating AIS, VTS and various Navigational subsystems like GPS, Log, Gyro etc.

What is the use of AIS?

It helps a vessel’s watch keeping officer and the VTS to Identify and monitor movement of vessels in the vicinity. In this system, a ship exchanges data like —Her identity, Position, Course, and Speed electronically with other nearby ships and VTS stations. The same data received form other is displayed on a screen in the wheel house for the benefit of the officer of the watch.The IMO requires AIS to be fitted aboard international voyaging ships with GT of 300 or more and all passenger ships regardless of size. It is estimated that more than 40,000 ships currently carry AIS class A equipment.

How does AIS work? / What is principle of operation of AIS?

AIS consists of 1xVHF transmitter, 2xVHF TDMA receivers, 1xVHF (DSC) receiver, and internal links to ships Gyrocompass, GPS & ship’s log.
AIS transmitter automatically broadcasts information about ships position, COG, SOG and CPA/TCPA at regular intervals on two VHF Maritime Frequencies of 161.975 Mhz & 162.025 Mhz.
AIS  gleans this data from ship’s GPS and Gyrocompass.
The AIS transmitter also transmits static information like ships identity, IMO Number, her cargo, her destination etc which is manually inputted during installation and at the beginning of the voyage.
Ships in the vicinity with AIS transmit their own information during their own time slots, which are so allotted that there is never any interference between two transmission.
This is achieved by using a patented STDMA technology which does continuous synchronization of all AIS stations in the area.