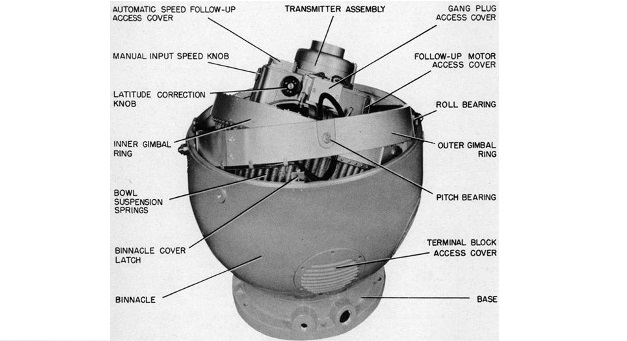 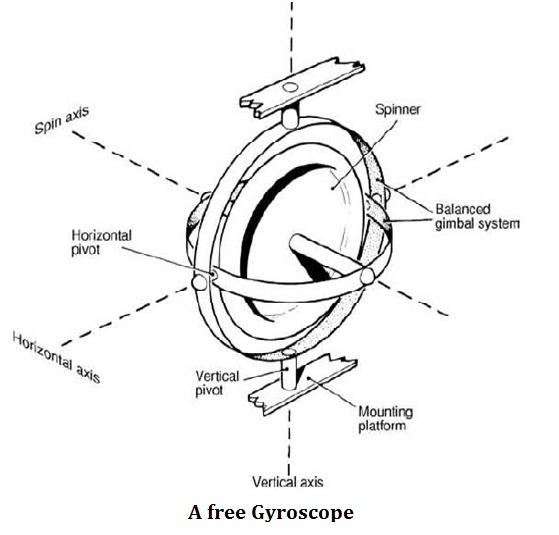 Precession is the term used to describe the movement of the axle of a gyroscope under the influence of an external force. If a force is applied to the rotor by moving one end of its axle, the gyroscope will be displaced at an angle of 90° from the applied force 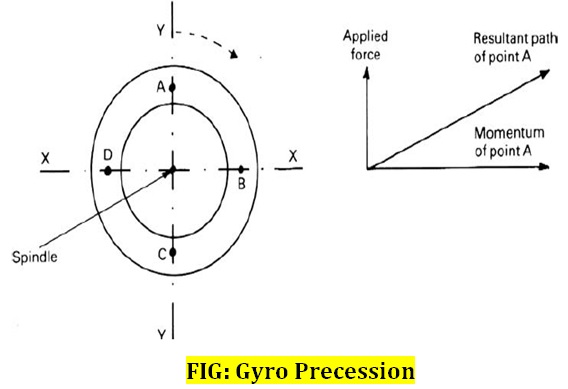