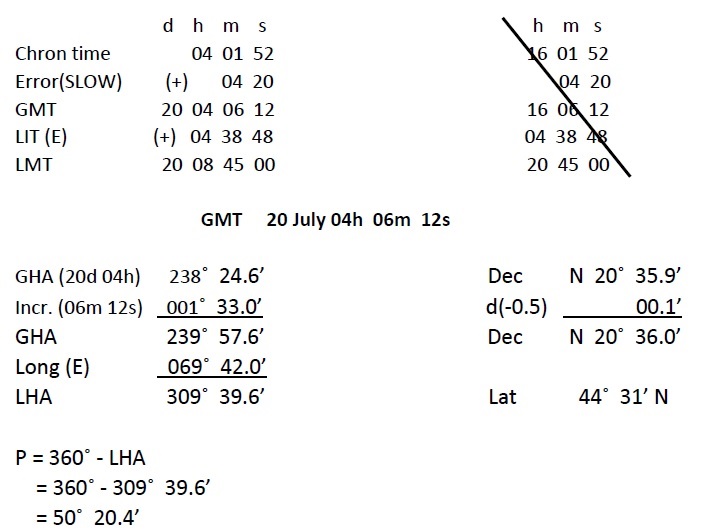 The calculation of deviation is elementary chartwork. It can be easily calculated by referring the following simple formulae: Error – Variation = Deviation

Where, if error & variation are of same names then subtract and retain name. If of contrary names, then add and retain the name of the larger one.