The Global Positioning System (GPS) is a space-based  navigation  system  which  consists of 24 navigational satellites in 6 different orbits that provides location and time information in all weather conditions, anywhere on or near the Earth where there is an unobstructed line of sight to four or more GPS satellites.

As its name implies

And it is a System comprising of space segment with its 24 satellites, a control segment based on land and the receiver segment consisting cheap and simple to install and operate sub-systems.

WHAT ARE THE COMPONENTS OF  GPS?

The system consists of three segments

This segment consists of 24 orbiting satellites in 6 different orbit paths at about 20000 km altitude.Each Satellite has an orbital period of about 12 hrs.At any time at least four satellites are above the user’s horizon at minimum elevation of 9.5 deg.

Following data is transmitted by each satellite over two frequencies

The control segment is composed of: 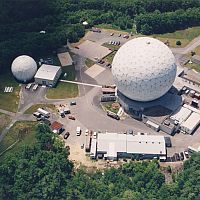 The satellites are controlled by keeping them on their correct orbital paths and updating them regularly with information so that data transmitted by them are accurate.

The Control Segment is the sole responsibility of the Department of Defense (USA). 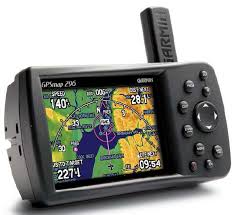 How position fixing is done by  GPS?

GPS uses the ranging principle to fix the ship.

The GPS concept is based on time and the known position of specialized satellites. The satellites carry very stable atomic clocks that are synchronized to each other and to ground clocks. Any drift from true time maintained on the ground is corrected daily. Likewise, the satellite locations are known with great precision. GPS receivers have clocks as well; however, they are not synchronized with true time, and are less stable. GPS satellites continuously transmit their current time and position. A GPS receiver monitors multiple satellites and solves equations to determine the precise position of the receiver and its deviation from true time. The time difference between data transmitted from the satellite and its reception at the receiver is measured (which is in nano-seconds) and integrated with speed of light (3 X 10 meters per second). i.e. d= s x ∆t

At a minimum, four satellites must be in view of the receiver for it to compute four unknown quantities (three position coordinates and clock deviation from satellite time).