Why are they worth arguing over?

Although largely uninhabited, the Paracels and the Spratlys may have reserves of natural resources around them. There has been little detailed exploration of the area, so estimates are largely extrapolated from the mineral wealth of neighbouring areas. 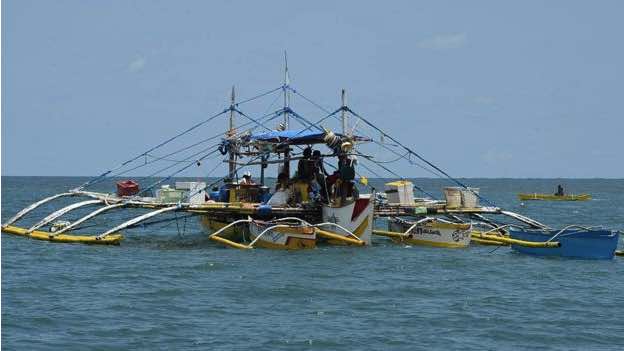 The sea is also a major shipping route and home to fishing grounds that supply the livelihoods of people across the region.

China claims by far the largest portion of territory – an area defined by the “nine-dash line” which stretches hundreds of miles south and east from its most southerly province of Hainan.

Beijing says its right to the area goes back centuries to when the Paracel and Spratly island chains were regarded as integral parts of the Chinese nation, and in 1947 it issued a map detailing its claims. It showed the two island groups falling entirely within its territory. Those claims are mirrored by Taiwan.

However, critics say China has not clarified its claims sufficiently – and that the nine-dash line that appears on Chinese maps encompassing almost the entirety of the South China Sea includes no coordinates.

It is also not clear whether China claims only land territory within the nine-dash line, or all the territorial waters within the line as well. 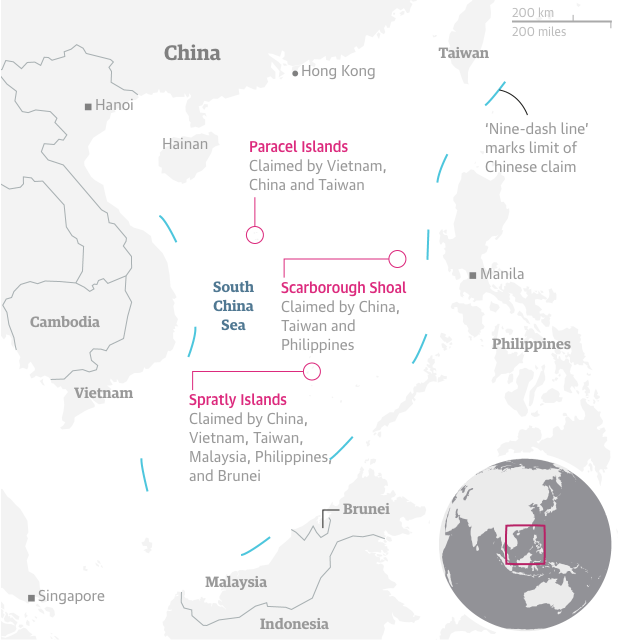 Vietnam hotly disputes China’s historical account, saying China had never claimed sovereignty over the islands before the 1940s. Vietnam says it has actively ruled over both the Paracels and the Spratlys since the 17th Century – and has the documents to prove it.

The other major claimant in the area is the Philippines, which invokes its geographical proximity to the Spratly Islands as the main basis of its claim for part of the grouping.

Malaysia and Brunei also lay claim to territory in the South China Sea that they say falls within their economic exclusion zones, as defined by UNCLOS – the United Nations Convention on the Law of the Sea.

Brunei does not claim any of the disputed islands, but Malaysia claims a small number of islands in the Spratlys.