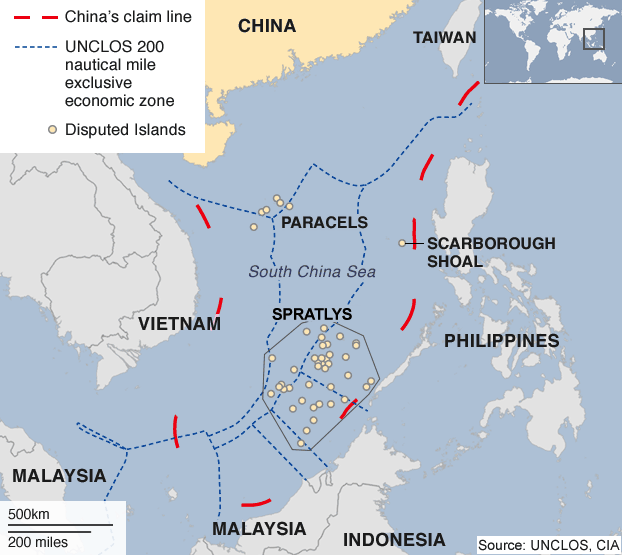 Why is the South China Sea contentious?

China, Vietnam, the Philippines, Taiwan, Malaysia and Brunei all have competing claims.

China has backed its expansive claims with island-building and naval patrols. The US says it does not take sides in territorial disputes, but has sent military ships and planes near disputed islands, calling them “freedom of navigation” operations to ensure access to key shipping and air routes.

Both sides have accused each other of “militarising” the South China Sea.

There are fears that the area is becoming a flashpoint, with potentially serious global consequences.

What is the argument about?

It is a dispute over territory and sovereignty over ocean areas, and the Paracels and the Spratlys – two island chains claimed in whole or in part by a number of countries.

Alongside the fully fledged islands, there are dozens of rocky outcrops, atolls, sandbanks and reefs, such as the Scarborough Shoal.