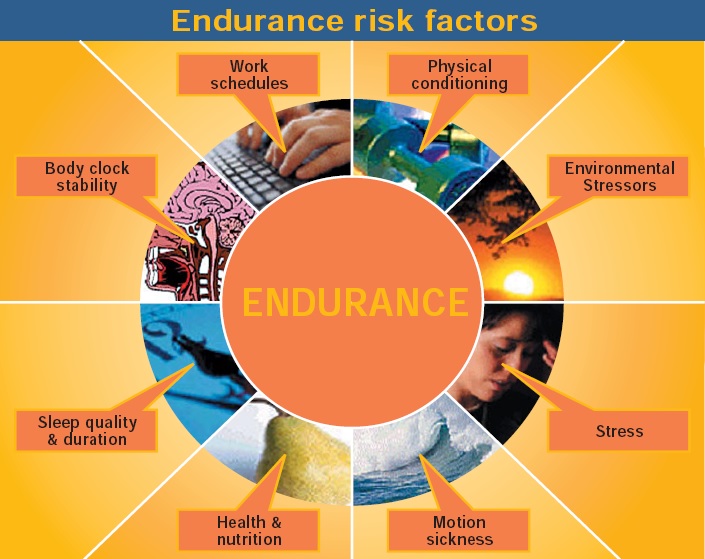 Normal maritime operations expose crewmembers to a variety of  operational risk factors, which, left unmanaged, can degrade crew endurance, and thereby both performance and safety levels.

Traditionally, most efforts addressing the human element have been directed towards fatigue management. These and other narrowly focused attempts failed to address the wide range of interrelated variables affecting crew performance within a complex marine safety culture.

Success in implementing CEM is dependent upon the participation, leadership, and commitment of a vessel’s management, operators, and crew. A Crew Endurance Working Group (CEWG) comprised of  representatives from all levels of the vessel’s operation is established to identify and address the specific endurance risks pertinent to its operations. It examines an organization’s operational policies regarding matters such as sleeping and eating times, efforts to reduce noises for off-watch personnel, and the consideration of individual behaviors such as diet, exercise, and stress.

The CEWG also enlists the expertise of a CEM Coach; a crewmember trained in the science behind, and effects of, 15 interrelated risk factors, which include those of temperature, motion, vibrations, intensity of lighting, and other physical considerations aboard a ship. Once the group has identified which factors affect its operations, they can begin to prioritize, devise, and deploy CEM plans aboard.

Although only in its beginning stages, the U.S. Coast Guard has made measurable progress with CEM deployment, including a demonstration project with American Waterways Operators involving six towing companies.