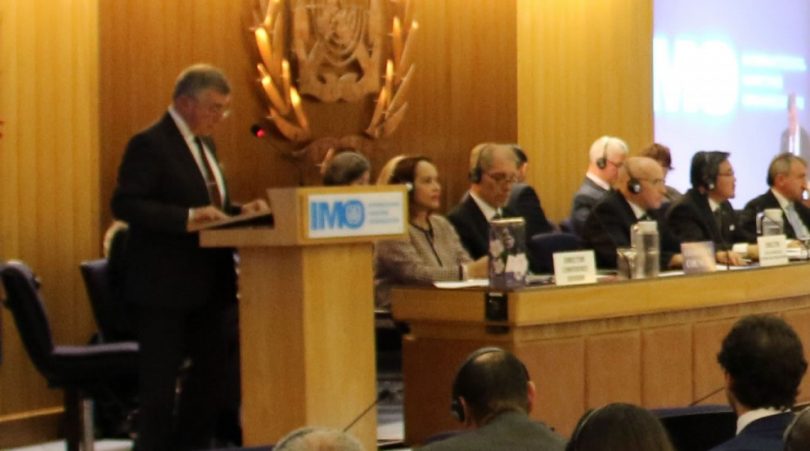 The lone figure standing atop the international memorial to seafarers outside the London headquarters of the International Maritime Organization (IMO) is symbolic of the importance that
IMO attaches to the human element in shipping – the complex multi-dimensional issue that involves the entire spectrum of human activities performed by ships’ crews, shore based management, regulatory bodies and others.

An analysis of 187 instances of groundings and collisions carried out by IMO’s Sub- Committee on Flag State Implementation (FSI) indicates that, in 150 cases, or some 80 per cent, the human element was a contributory factor. Broadly equivalent results have emerged from similar
analyses and fatigue has emerged as a significant factor in maritime accidents – along with others such as communication,competence, culture, experience, health, situational awareness, loneliness, isolation, stress and working conditions.

IMO has to date accomplished a significant amount of work in addressing the human element in shipping, at sea and ashore. In 1991, a Working Group was established on the role of the Human Element in Maritime Casualties and since then  assembly resolutions have set forth the human element vision, principles and goals for the Organization (resolution A.850(20) updated by A.947(23)) and requested the IMO Committees to focus their attention on “shifting emphasis onto people”(A.900(21)).

Key human element regulations include the STCW Convention – particularly the revision of the Convention in 1995- and the ISM Code – mandatory for most ships since 2002. IMO has also
developed Guidelines for the Investigation of Human Factors in Marine Casualties and Incidents, included in the IMO Code for the Investigation of Marine Casualties and Incidents, and comprehensive Guidance on fatigue mitigation and management has been published.

There is also the STCW-F Convention for fishing vessel personnel, which unfortunately is not yet in force due to lack of sufficient ratifications – but this has not stopped IMO from holding a series of
regional familiarization seminars around the world and developing a number of model courses for fishing vessel personnel, which are nearing completion. Meanwhile, IMO’s Maritime Safety
Committee (MSC) agreed at its 81st session in May 2006 that a comprehensive review of the STCW Convention and STCW Code is needed, in order to ensure that the Convention meets the new challenges facing the shipping industry including, but not limited to, rapid technological
advances today and in the future. The MSC instructed the Sub-Committee on Standards of Training and Watchkeeping (STW) to define, as a first step, the issues to be reviewed and advise the MSC
accordingly, before embarking on the actual work. The target completion date is 2008.