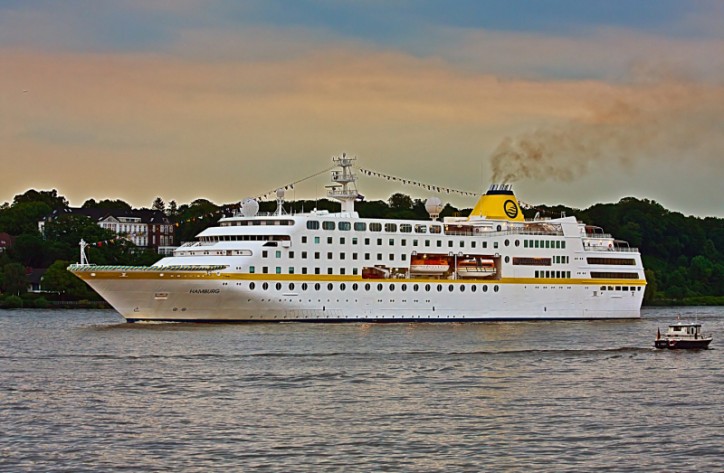 This report of a switchboard fire in a 55,451GRT ‘state of the art’ passenger vessel, built in 1992, demonstrates that some regulatory, design/construction and training deficiencies only manifest themselves after an emergency has occurred – in this case some 10 years after the ship first entered service. The report, from the Transportation Safety Board of Canada, highlights a number of important Human Element issues.

Following the catastrophic failure of the main circuit breaker for one of the diesel generators, fires were started in the main switchboard room (MSR) and the   adjacent engine control room (ECR). During the events leading up to the failure of the circuit breaker, none of the senior engineering or electrical officers demonstrated sufficient knowledge or expertise in troubleshooting problems with medium-voltage propulsion plants.

It was company policy for senior engineer officers who were standing by the construction of a new ship to be trained in the vessel’s 6.6 kV electrical systems by the equipment manufacturers, with these officers then training the incoming generation of ship’s crew, who in turn would train the ones who followed them.

However, this system of succession training had fallen into disuse such that, at the time of the accident, neither the engineers nor the electricians had been trained in the ship’s electrical generation, distribution, and application systems. Because the MSR did not have an independent smothering system, the crew extinguished the fires using portable carbon dioxide (CO2) extinguishers. The lack of an independent connection to the ship’s CO2 smothering system in the MSR deprived the vessel of an effective and safer means to fight fires in this compartment. Furthermore, as the fire was being fought, one of the diesel generators continued to supply 6.6 kV power to the switchboard, located approximately one metre from the firefighting activities. This exposed the crew to undue risk, albeit there were no injuries.

The report recommends a review of the requirements for structural fire protection and fire-extinguishing systems to ensure that the fire risks associated with compartments containing high levels of electrical energy are adequately assessed; and that the provisions of the International  Convention for the Safety of Life at Sea (SOLAS) dealing with structural fire protection and fixed fire-extinguishing systems are addressed. Furthermore, the report highlights the need for internationally accepted minimum standards for training, expertise, and certification for shipboard electrical officers.

This comprehensive and very technical investigation report is essential reading for all those involved in the regulation, design,
construction and operation of ships with medium-voltage generation and distribution systems.