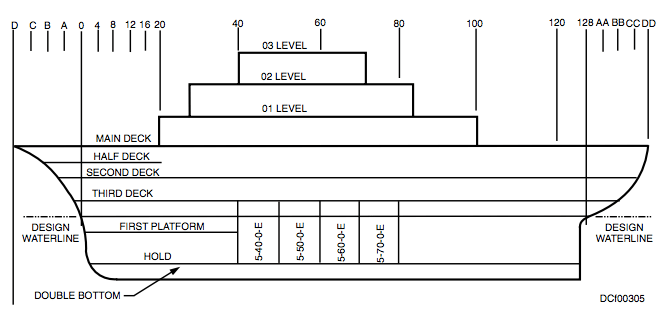 The last part of the compartment number is the letter that identifies the primary usage of the compartment. On dry- and liquid-cargo ships, a double letter is used to designate cargo spaces. The double letter will differentiate them from spaces containing the same commodity for use by the ship. Fuel oil and JP-5 jet fuel are two examples.