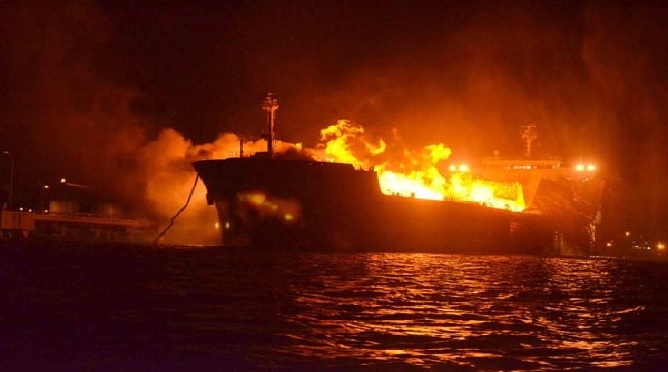 The Working culture on tankers demands a high accuracy and safety concern in any person. It is very important for everyone to return back home safely after their work at sea. And so safety is not a destination, it’s a practice which needs to be followed daily.

Emergencies can be like fire in Engine Room, fire in Cargo tanks, the collapse of a person in the tank, the ship breaking adrift from her berth, fire in the terminal when the ship is at the port, the emergency release of a tanker from the berth and many more. So, any plan consists of some vital points which need to be carried out on the ship in the same way as described. No personnel can be exempted from these plans as the life is precious for everyone equally.

Planning and preparation are two vital hands to tackle any unforeseen situation. Any dealing with any such situation requires a plan to face it successfully. For any plan to be made some basic information should be readily available with us.

In this organization, each situation should be initiated in the following way

Elements which are too vital to make any emergency plan work are the teams formed during the situation. It is group task which needs proper coordination. Formation of teams should be like:

The primary action is taken by any person onboard in raising the alarm and inform the duty officer of that hour. Emergency can’t be measured immediately so taking into an individual’s hand can lead to failure of the operation. Each party of the emergency group has a designated place to assemble where briefing of the emergency situation is done as well as the action to be taken are distributed among teams.

He is a Marine Engineer working with Shipping Corporation Of India. He completed his pre-sea from MERI-Kolkata, loves traveling, cooking and writing in free time. He writes about his experiences & all the learnings during his work on ship to educate his juniors & fellow friends.