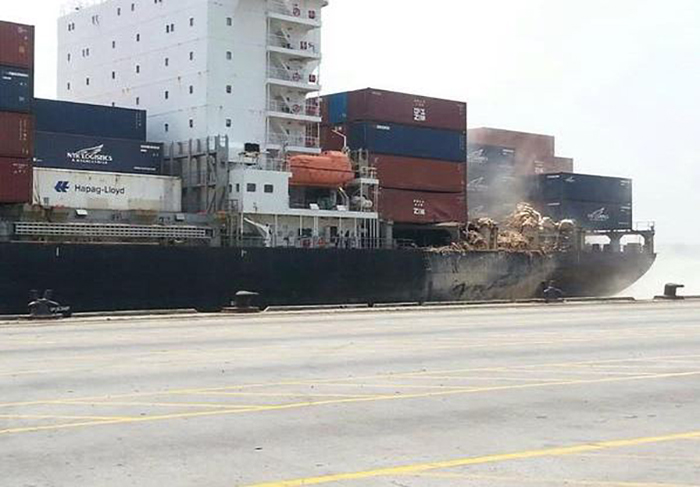 This report of a collision between a 94483 gross tonne container vessel and a link span highlights a number of Human Element issues – not least the need for increased training in the operation, maintenance and fault finding of technically complex, and multi-discipline systems.

The ship was entering the swinging ground, prior to berthing, when her main engine failed. The engine was unable to be started astern to reduce the vessel’s headway, resulting in her making heavy contact with the link span. The ship had been delivered from the builders a few months before the accident.

An engine failure had occurred as the ship approached the pilot boarding ground some four hours previously. Although the engineers managed to re-start the engine, they misdiagnosed the cause of this failure and inadvertently disabled an integral part of the control system, which led to the second failure, the cause of which was also misdiagnosed by the engineers.

The report concludes that although the engineers on board were experienced and held appropriate STCW certificates, they were unable to correctly diagnose the reason for the engine faults. They did not have a sufficiently good knowledge of the main engine control system or specific system engineering training to successfully diagnose faults. The chief engineer was not the designated chief engineer for the ship but was transferred at short notice. He had not received any specific training in the operation of the Electronic Control System (ECS) components of the engine, apart from what could be conveyed during a 3-day handover with the former chief engineer. None of the ship’s technical staff had received any formal training in the operation, testing, maintenance or fault finding of the complex ECS. They were also not aware of a 24-hour telephone hotline to the engine manufacturer, to give additional technical support.