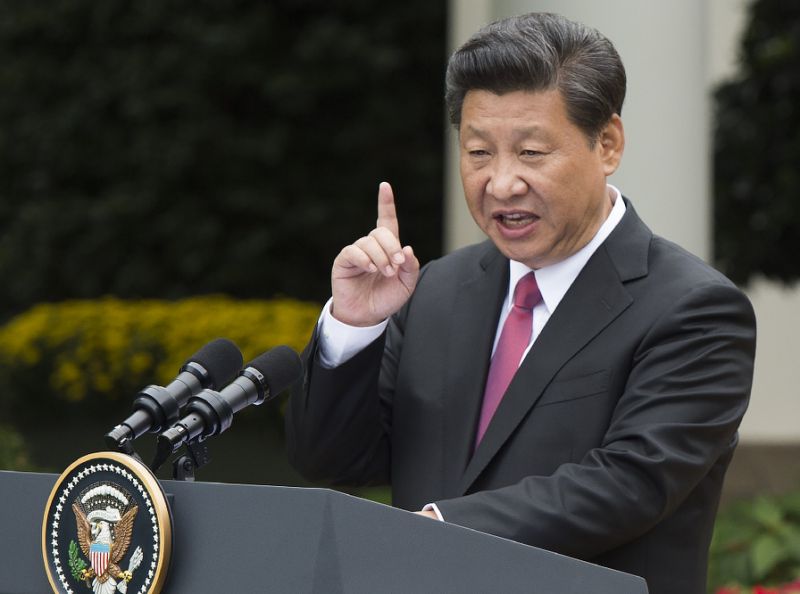 China warned the United States to stay out of the South China Sea dispute after Beijing was again accused of building permanent structures on islands in the area.

Other claimants in the sea are the Philippines, Vietnam, Malaysia and Brunei — all part of the 10-member Association of Southeast Asian Nations (ASEAN) bloc meeting in Laos — plus Taiwan.

Talking to the rival countries in the regional summit. China said that they wanted to work with other countries to “dispel any interference” in the contested maritime zone.

But US president Barack Obama asserted that  “The landmark arbitration ruling in July, which is binding, helped clarify maritime rights in the region,” &Beijing must abide by an international tribunal ruling that China’s sweeping claims to the South China Sea had no legal basis.

The tribunal found that “China had caused severe harm to the coral reef environment,” specifically in reference to “China’s recent large-scale land reclamation and construction of artificial islands.” By undertaking such activities, the tribunal ruled that China had “violated its obligation to preserve and protect fragile ecosystems and the habitat of depleted, threatened, or endangered species” and “inflicted irreparable harm to the marine environment.”

The Philippines official said earlier on Wednesday it was “gravely concerned” that Chinese boats were preparing to build structures at a disputed shoal in the South China Sea, upsetting the diplomatic peace at the Association of Southeast Asian Nations (Asean) summit in Vientiane.

China claims much of the South china Sea, through which more than $5 trillion of trade moves annually. Vietnam, the Philippines, Malaysia, Brunei and Taiwan also have claims. That’s the basic reason all want to claim the region.