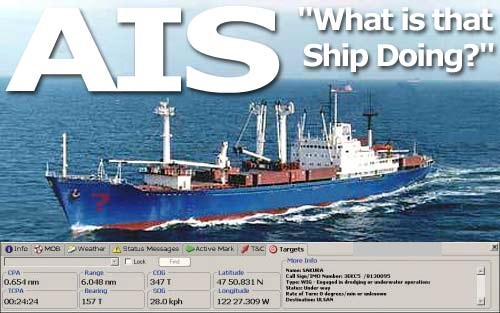 As  per Regulation 19 of SOLAS Chapter V – Carriage requirements for shipborne navigational systems and equipment – sets out navigational equipment to be carried on board ships, according to ship type.

In 2000, IMO adopted a new requirement (as part of a revised new chapter V) for all ships to carry automatic identification systems (AISs) capable of providing information about the ship to other ships and to coastal authorities automatically.

The regulation requires AIS to be fitted aboard:

Ships fitted with AIS shall maintain AIS in operation at all times except where international agreements, rules or standards provide for the protection of navigational information.

A flag State may exempt ships from carrying AISs when ships will be taken permanently out of service within two years after the implementation date. Performance standards for AIS were adopted in 1998.

The regulation requires that AIS shall:

The regulation applies to ships built on or after 1 July 2002 and to ships engaged on international voyages constructed before 1 July 2002, according to the following timetable:

An amendment adopted by the Diplomatic Conference on Maritime Security in December 2002 states that, additionally, ships of 300 gross tonnage and upwards but less than 50,000 gross tonnage, are required to fit AIS not later than the first safety equipment survey after 1 July 2004 or by 31 December 2004, whichever occurs earlier. (The original regulation adopted in 2000 exempted these vessels.)