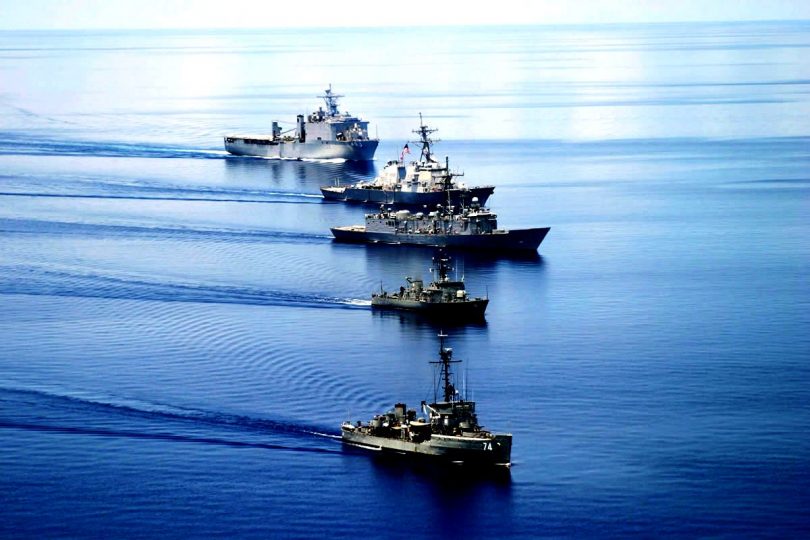 Defense officials from the Philippines and Vietnam will meet this week to explore possible joint exercises and navy patrols, military sources said, shoring up a new alliance between states locked in maritime rows with China.

Ties have strengthened between the two Southeast Asian countries as China’s assertiveness intensifies with a rapid buildup of man-made islands in the Spratly archipelago, to which Vietnam and the Philippines lay claim.

Both states are also on the receiving end of a renewed charm offensive by the United States, which is holding joint military exercises in the Philippines to be attended this week by U.S. Defense Secretary Ash Carter.

Vietnam and the Philippines would discuss patrols and exercises, but a deal this week was unlikely, a senior military official told Reuters.

“These are initial discussions,” he said. “These may take time but we would like to move to the next level.”

The official spoke on condition of anonymity because he was not authorized to speak to the media. The information was confirmed by another defense ministry source in Manila.

Naval patrols between the Philippines and United States were proposed by Manila in January. They could happen within a year, a foreign ministry official said. “The two sides are still talking about this,” the official told Reuters.

The exploratory talks between Vietnam and the Philippines come as ships from the United States and Japan, which has its own maritime wrangles with China, have visiting ships currently docked at Subic Bay in the Philippines, which hosted Washington’s main naval base during the Vietnam War.

The regional dynamic has shifted substantially since then, with the United States now engaging Vietnam’s military having eased a lethal arms embargo in 2014. Japan is also working closely in defense issues with Manila and Hanoi, and two of its guided-missile destroyers are currently on a rare visit to Vietnam’s strategic base at Cam Ranh Bay.

Vietnam and the Philippines agreed on a strategic partnership in November to boost security relations as China expands its presence in the strategic waterway and deploys military equipment in the Spratly and Paracel islands.

Their closer ties mark a bold step in a region where China’s economic influence has made some countries reluctant to take a joint stand against its maritime maneuvering.

Joint exercises would be one of the biggest steps taken by the two countries’ militaries since signing a defense agreement six years ago.

The meeting between Vietnam’s vice defense minister, Nguyen Chi Vinh, and Honorio Azcueta, the Philippine undersecretary of defense, is scheduled for Thursday and comes as a court in The Hague nears a decision in an arbitration case lodged by Manila.

The ruling in the case, which seeks to clarify parts of a United Nations maritime law, could dent China’s claim to 90 percent of the South China Sea, parts of which Taiwan, Malaysia and Brunei also claim.

The South China Sea will figure in the talks between the two countries, as will bilateral exchanges, information-sharing, military logistics and defense technology, the sources said.

Vinh would tour Philippine bases, including a major naval facility. Vietnam’s state media has not reported the visit.

Two Vietnamese frigates made port calls to Manila in 2014 and a Philippine warship may do the same in Vietnam this June. Troops from both sides have played sports together twice since 2014 on disputed islands they occupy.