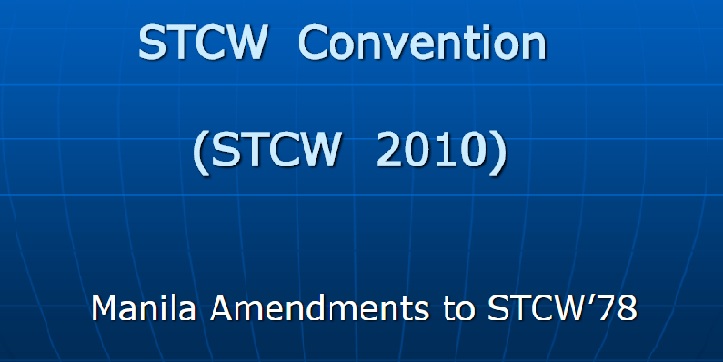 The requirements of SOLAS Chapter V and COLREG are of little use if they are not adhered to, or if a vessel has on board incompetent crew.
In 1978, IMO adopted the International Convention on Standards of Training, Certification and Watchkeeping for Seafarers (STCW), which established internationally-recognized minimum standards for seafarers. The Convention was considerably revised in 1995, when IMO adopted a new STCW Code, to which many technical regulations of the original STCW Convention have been transferred. The revised STCW entered into force on 1 February 1997.
The Convention establishes standards for the deck department, engine department and radio department and deals with all members of the ship’s complement.
In each case the Convention prescribes minimum age levels, minimum periods of sea-going service and certification requirements.
Navigation and related subjects form an important part of the knowledge required of masters and deck officers. Minimum standards of competence for masters and chief mates include:

The main purpose of the Convention is to promote safety of life and property at sea and the protection of the marine environment by establishing in common agreement international standards of training, certification and watch keeping for seafarers.

The regulations contained in the Convention are supported by sections in the STCW Code. Generally speaking, the Convention contains basic requirements which are then enlarged upon and explained in the Code.
Part A of the Code is mandatory. The minimum standards of competence required for seagoing personnel are given in detail in a series of tables. Chapter II of the Code, for example, deals with standards regarding the master and deck department.
Part B of the Code contains recommended guidance which is intended to help Parties implement the Convention. The measures suggested are not mandatory and the examples given are only intended to illustrate how certain Convention requirements may be complied with. However, the recommendations in general represent an approach that has been harmonized by discussions within IMO and consultation with other international organizations.