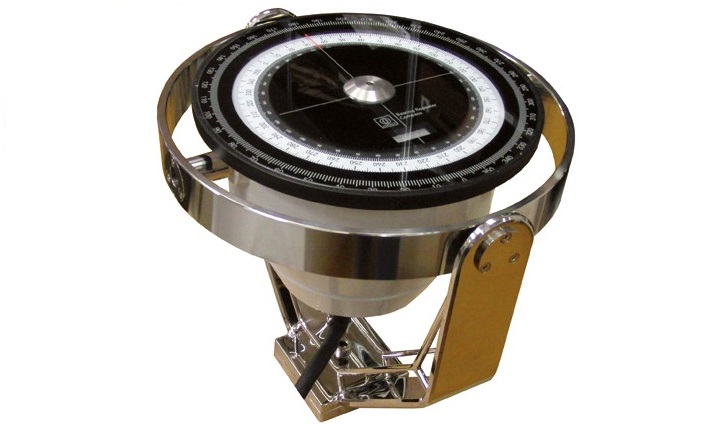 Because of the earth’s rotation and gyro rigidity, the pendulum will cause the gravity control to move away from the centre of gravity. The spinner is rotating clockwise, when viewed from the south end, and therefore, precession, caused by the gravitational force exerted on the spin axis, will cause the northeast end of the spin axis to move to the east when it is below the horizontal. A reciprocal action will occur causing the northeast end of the spin axis to precess towards the west when above the horizontal. The spin axis will always appear to tilt with its north end away from the earth (up) when to the east of the meridian, and its north end towards the earth (down) when to the west of the meridian as explained in below figure. 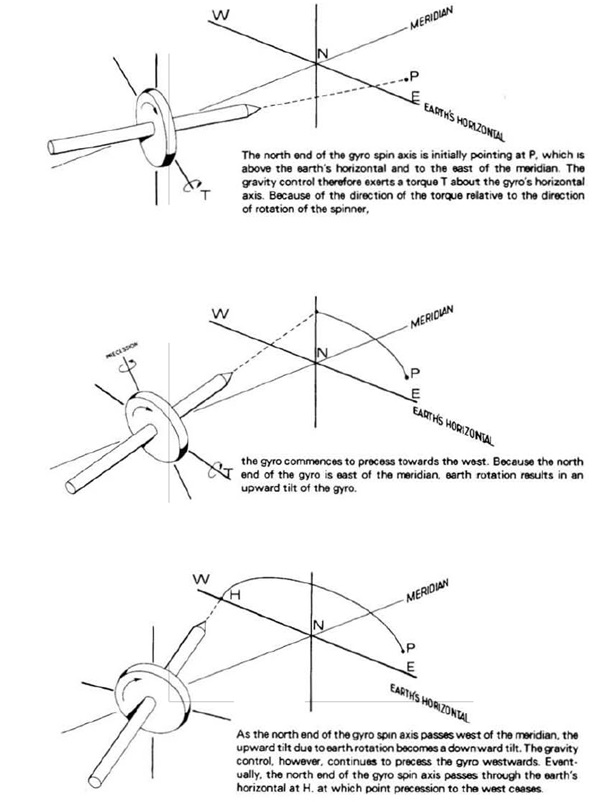 This action causes the north end of the spin axis, of a gravity-controlled undamped gyro, to describe an ellipse about the meridian. Because it is undamped, the gyro will not settle on the meridian. Figure above shows this action for a gyro with a clockwise rotating spinner. The ellipse produced will be anticlockwise due to the constant external influences acting upon the gyro. The extent of the ellipse will, however, vary depending upon the initial displacement of the gyro spin axis from the meridian and from the earth’s horizontal.