The methods of signaling which may be used are:

A set of signal flags consists of twenty-six alphabetical flags, ten numeral pennants, three substitutes, and the answering pennant. Detailed instructions for signaling by flags are given in Chapter 1,

The Morse symbols representing letters, numerals, etc., are expressed by dots and dashes which are signaled either singly or in combination. The dots and dashes and spaces between them should be made to bear the following ratio, one to another, as regards their duration:

Voice over a loud hailer

Whenever possible plain language should be used but where a language difficulty exists groups from the International Code of Signals could be transmitted using the phonetic spelling tables.

When radiotelegraphy or radiotelephony is used for the transmission of signals, operators should comply with the Radio Regulations of the International Telecommunication Union then in force. 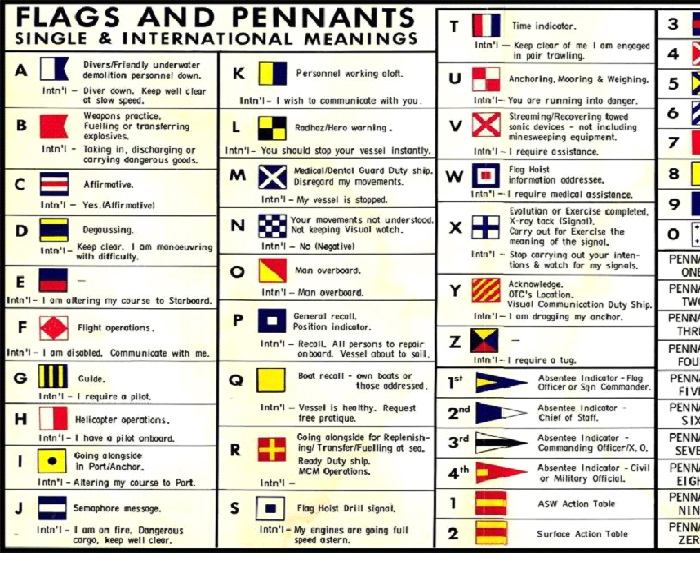