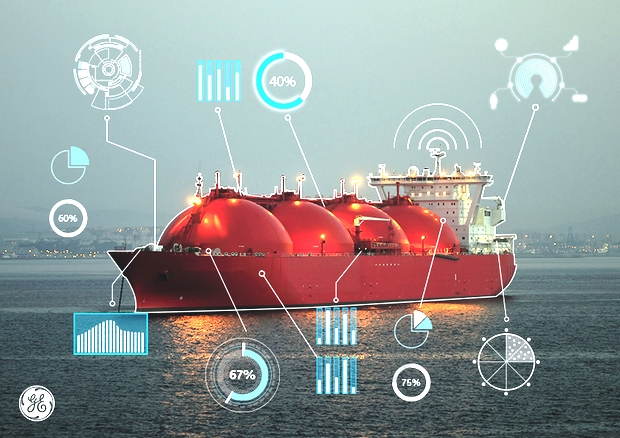 Being an island nation, Japan is inevitably dependent on seaborne trade. Over time, this has led to it becoming a strong player in the global maritime market.

Japan’s shipbuilding pedigree has gained the country a foothold in LNG carriers, dry bulk cargo barge and pure car truck carriers (PCTC). While Japan is still a significant player, large-scale investments made by the Chinese and South Korean governments in the 1980s pushed them ahead.
Japan’s energy market is also going through a period of change. Flat global trade, chronic vessel overcapacity and the low price of oil are some of the key factors affecting the market. Faced with these challenges, Japan’s marine industry should strategically move towards building technically advanced high-end vessels, investing in technology innovations to give itself the edge against competition.

Most of Japanese utility companies’ orders on LNG carriers are secured through Mitsubishi Heavy Industries (MHI) and Kawasaki Heavy Industries (KHI). GE’s Marine Solutions business has built a successful partnership with KHI, providing electric propulsion systems for LNG carriers—a testimony of GE’s engineering capability and a long-term commitment to Japan’s shipbuilding industry.
However, look at the demand side: LNG imports fell 3.9 percent in 2015 from a record 88.51 million tons the year before, marking the first drop in six years and the lowest since 2011. Many anticipate the trend will continue. One of the biggest threats comes from the potential restart of nuclear power. Lower power demand, rising coal-fired power generation and the low oil price are other factors impacting demand.
This will put pressure on LNG prices. In order to attract orders, Japan must build its LNG carriers with innovation and technology at the forefront while remaining affordable. With the marine market struggling as much as it is, operators want cost-effective ships that allow them to work as efficiently as possible within a strict budget.
GE’s combined gas turbine electric and steam (COGES) system, for example, featuring a gas turbine to power the ship, is currently on track to save millions on a 174,000-cubic-meter LNG carrier based on its 20-year operation profile. It will be the world’s first turbine-powered LNG carrier, which will enable more eco-friendly and fuel-efficient vessel design.

Reducing carbon emissions is a key priority for all players in the marine market, but is arguably most important for ship operators due to changing regulations. In Japan, the Ministry of Land, Transport and Tourism has set a goal to reduce greenhouse gas emissions by 30 percent from international shipping. This focus on going green has opened up a gap in the market. Japan could distinguish itself as a green shipbuilder, producing ships that are better for the environment.
The fuel-hungry engine is a good place to begin cutting emissions. Innovative technology can bring both huge cost savings and a reduced impact on the environment.
By using a COGES system, LNG carriers can meet IMO Tier III and United States Environmental Protection Agency Tier 4 standards without the need for exhaust after treatment. The COGES system produces low emissions and can operate on either natural gas fuels or marine gas oil.
GE’s L250/V250 Marine diesel engines are also built to reduce key emissions (in some cases by more than 70 percent and are certified to meet EPA Tier 4 and IMO III). Most recently, GE’s 250MDC series engine with exhaust gas recirculation technology has been shortlisted for the Marine Engines Award, demonstrating a remarkable step forward in engine technology innovation.

The time is right for the marine industry to benefit from new digital technology to further drive efficiency.

Efficiency should be considered right from the design phase. Advanced modelling software can be used to forecast a ship’s projected usage and inform the fit-out, meaning that ships are fit for purpose, fulfilling tasks that they were designed for and thus operating as efficiently as possible.
The use of technology to increase efficiencies does not stop here; mines of data which flow through the Industrial Internet will play a key part once the vessel is seaborne, harvesting information about its position, fuel usage, projected repairs and emissions. All of this data will allow operators to better deploy and manage their assets and make informed decisions rather than relying on gut feelings.
The software analytics can also bring “predictivity” to marine operators, a real leap from traditional energy efficient marine equipment. Powered by Predix, GE’s SeaStream Insight, can predict potential failure of a part before it strikes.
With such detailed oversight, operators can plan in greater detail, predict downtime and act quickly to avoid potential failure. It can enable a shift from planned to condition-based maintenance and help to maximize customer revenues. Given the current conditions of the market, this level of agility is key for any operator, and Japan’s industry could make this one of its key offerings, differentiating it from its close competitors.

Preparing for the future

The marine business is cyclical in nature. While we may be experiencing a downturn in some sectors, the market will inevitably pick up, and the industry must be ready to capitalize on this. Japan can look at regaining some of the ground it lost in the ’80s by offering high-performance vessels which offer excellent value for money, are highly efficient and adhere to strict environmental regulation.
Technology is key to Japan achieving this. New vessels need to be future proof, offering long-term reliability and connectivity, which will allow operators to comply with any financial or environmental issues that may lie on the horizon. The current depreciation of the Japanese yen also puts the nation in an advantageous position in the global market.

An opportunity is waiting for Japan, but it needs to be brave, focus on the future and begin to reclaim its title of shipbuilding titan.