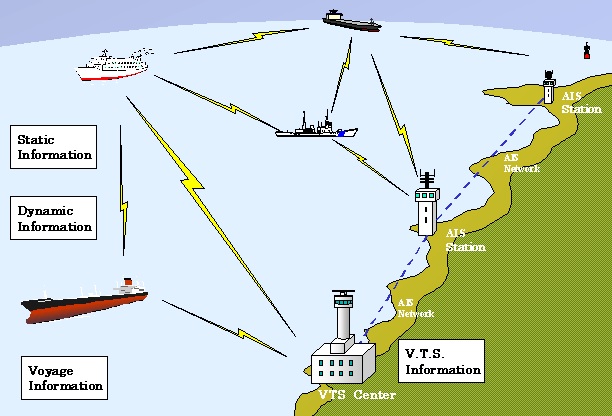 Shore-based AIS network systems are now being built up around the world. One of the biggest fully-operational, real time systems with full routing capability is in China.

This system was built between the years 2003-2007. The entire coastline of China is covered with approximately 250 base stations in hot-standby configurations including 70 computer servers in three main regions.

Hundreds of shore based users, including 25 VTS centers, are connected to the network and are able to see the maritime picture, but also to communicate with the ship using SRM’s (Safety Related Messages). All data is in real time and will improve safety and security of ships and port facilities.

On the internet, one can see real time disposition of ships in any part of the world where such networks are fitted. Like the US coast, English Channel, Japanese coast.