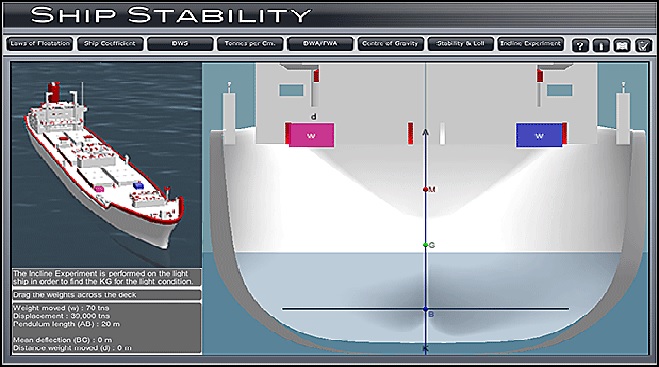 A ship is in an unstable condition if, when heeled by an external force in still water to a small angle, it continues to heel further when the external force is removed.

Consider a ship that is floating upright in still water with G and B as shown. The initial transverse metacentre (M) is below G. 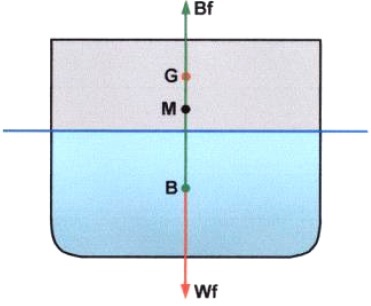 The ship now heels to a small angle of inclination. 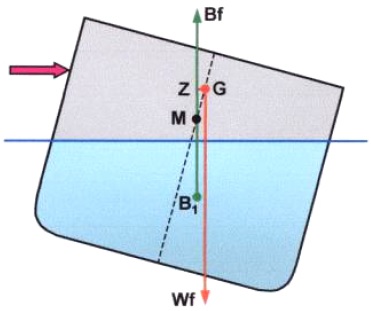 Consider the lines of action of Wf and Bf. They are acting in such a way to cause the ship to heel further over. GZ is a capsizing lever!

The question that now comes to mind is: Will the ship capsize?

Important Notes on  angle of loll:

A ship lying at an angle of loll is in a potentially dangerous situation. If wind and/or waves were to cause the ship to roll through the vertical it would, in theory, come to rest at the same angle of loll on the other side. However, the momentum of the ship as it rolls over may be sufficient to cause it to capsize. In any event, cargo shift would be likely which would cause the situation to worsen further.