Solar Tides : The natural period of oscillation of a body of water may primarily follow Solar Oscillations in some parts of the world like South Pacific & Indonesian Waters. At these places the High & Low Water occur at about the same time each day.

Spring & Neap Tides : When Earth, Moon & Sun are in the same line as in conjunction or in opposition, then their (Tide Raising) Tractive Forces act on the water mass of the earth on the same axis(acting in tandem). We then have Spring tides. Seven days after Conjunction & Opposition, the Moon is in First Quadrature & Third Quadrature respectively. The Tractive forces of Sun & Moon are now acting along different axes & we now have Neap Tides. 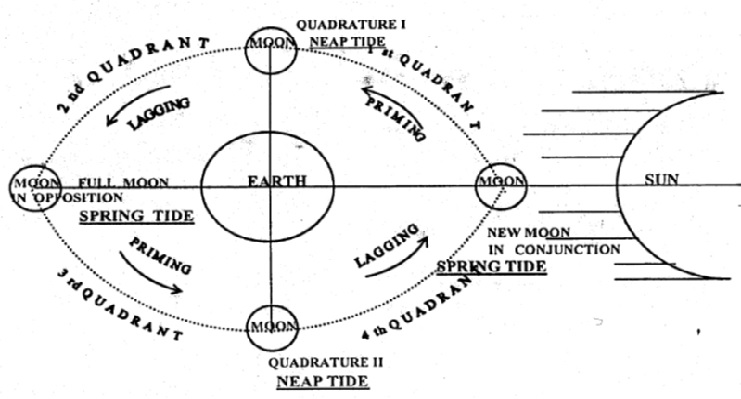 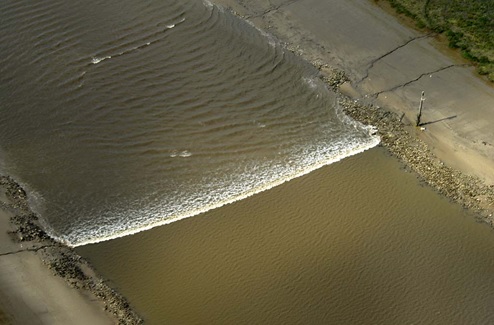